The Moravian Karst House of Nature

The permanent exhibition of the House of Nature tells the story of the Moravian Karst landscape, from the old geological periods in which limestone rocks and underground caves gradually formed to how it looks today, after its appearance has been considerably influenced by man.

Our story consists of several parts. On the ground floor, the exhibition takes you into the past and invites you to travel in time from the beginnings of Planet Earth. You will learn about the geological history of the Moravian Karst and dive into the warm prehistoric coral sea. You are encouraged to thoroughly explore the evolution of the karst phenomena and caves, to meet primeval people and to see how they lived in caves. Cave animals, such as bats, will introduce themselves as well. 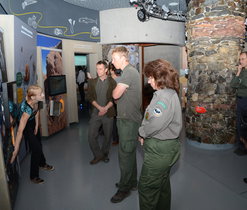 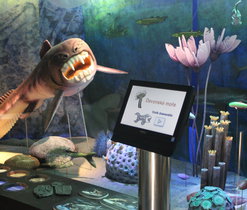 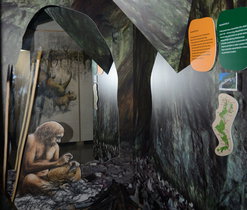 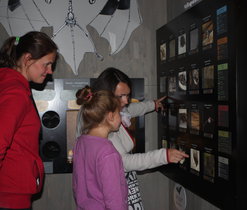 From the dark, cavern-like rooms that seem to be lit just by carbide lamps, a spiral staircase leads you back to daylight, to the present natural habitats of the Moravian Karst. Here you can learn more about the plant and animal species living in this area and about the changes to the landscape brought about by human activities, especially by mining and smelting iron. You can make and screen your own design for the possible future development of the karst landscape. There is a 3D table to show you an immense number of maps with places of interest in the Moravian Karst and its phenomena, which will be useful not only for hikers but also for bikers, speleologists and explorers. Large windows bring the exhibition very close to the real nature outside. 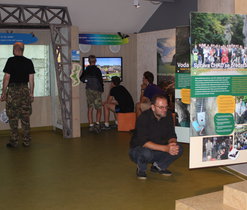 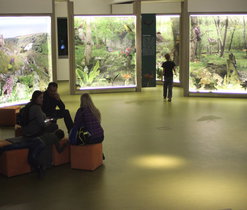 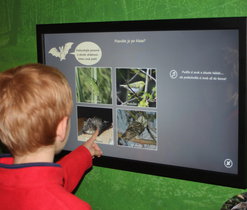 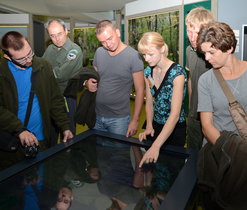 After all that hard work exploring and researching in the exhibition, you can go downstairs to the 3D cinema room, where you can sit and enjoy one of our documentaries from the Moravian Karst caves which are not open to the public.

There is a free playroom for children and families. Young explorers can go through a cave-like labyrinth or put together stalagmite and stalactite puzzles. 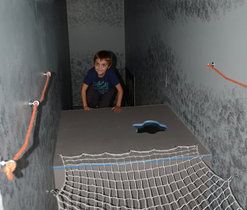 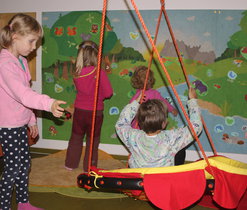 There is a small geo-park outside, as well as a model of the karst landscape where you can pump water and see how it flows through the Moravian Karst. 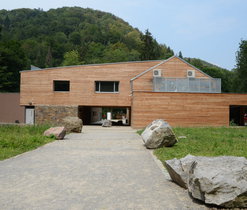 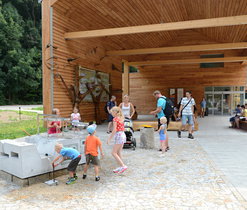